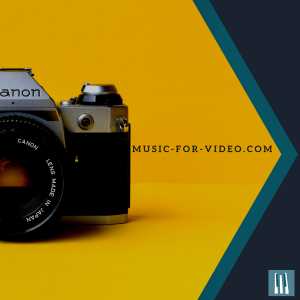 The camera has, in its relatively short history, become one item that has helped shape the world.

From its humble grainy sepia beginnings to the brightly coloured high resolution images of today, the camera has played its part in documenting every major cultural event of the last century.

Its use, from snapping critical historical moments to capturing simple fun with friends, has garnered it a wide range of associations that hold a place in everyone’s heart.

Naturally, such widespread use has led to various facets of the camera becoming intimately familiar to many. The blinding light of the flash, the waxy shining surface of a freshly developed photograph, the mechanical clicking of the shutter, all features of the camera that have cemented themselves in our memories.
Consequently these aspects of the camera give us a shared reference point, making it something we can all recognise.

39 Camera sound effects edited and ready to use in your video production - plain and effected versions.

It is this ubiquity of the camera in the public consciousness that makes it so effective when used in media. The sound of a camera whirring to life and capturing an image with a series of delicate clicks is something we are all familiar with. Even the cameras of antiquity, so cumbersome and unsophisticated by today’s standards, have a sound that few could fail to recognise.

It is for this reason that Music-For-Video have put together a free camera cinematic sound effects sample pack for your video editing and production needs. Harnessing the widespread familiarity the general public has with the sound of the camera at work to bring your creation to life, this pack offers a selection of 39 finely edited samples suitable for professional use. The samples range from the ambient to the explosive, offering a selection of sounds to ensure you get the right one for the right moment.

One of the best parts of having such a sample pack is the wide range of applications it can be used for, owing to the camera’s prominent place from the early 20th century up to today. This makes these sound effects potentially useful in countless scenarios. They can be used to capture the frenetic pursuit of the paparazzi or the discreet work of a spy, the work of a crime scene investigator or a frontline journalist in the thick of the action.
Depending on the sound they may even be able to be used to conjure up a vintage feel, with the loud operation of the camera bringing back years gone by. This can be especially useful for period features or those dramatizing historical events, where attention to detail can make the difference between immersion and disbelief.

Whatever your project, it is likely that having a variety of camera audio samples will be a valuable tool in your arsenal. With this sample pack of free camera cinematic sound effects you will be able to find out first hand, utilising these instantly recognisable sounds to give your video production the edge it needs.