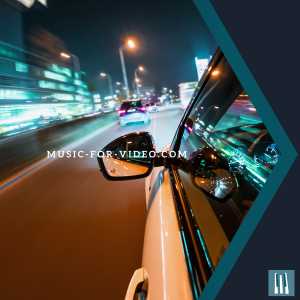 The heart pounding chase, the race to the finish line, the desperate escape from the tunnels of a collapsing building, the edge-of-seat tension as peril hurtles in every direction.

Such moments provide the dramatic crux of any video project, these are the scenes that audiences are sure to take away with them.

As a video producer, in these critical moments you have a responsibility both to viewers and yourself to pair these visuals with music that will allow the scene to fulfil its dramatic potential.

It is for this very purpose that Speed was created - a high octane collection of 12 royalty free music tracks that beg to be paired with the greatest explosive scenes and the most exciting moments.
Whether it be for a climactic action sequence, a stunning trailer, or a knockout advertisement, Speed is designed to deliver.

The Music track in this video is "Breaking point"t from album Speed.


One listen of this album will show that Speed is nothing if not accurately named. Right from the start, opening track ‘Street Chase’ bolts out the speakers in a 155bpm blizzard of percussive strikes and flurried notes. The furious pace gathers power as it progresses, stripping back for a prowling mid-section only to build again and explode in its effusive finale. This is nothing unusual for the album, as such locomotive power permeates it from start to finish.
That is not to say the album lacks dynamic diversity, however. Speed knows when to back off, using restraint to allow breathing space while keeping the momentum of the song flowing.

The Music track in this video is "Street chase" from album Speed.


This both allows the listener a moment of respite and provides a powerful contrast as instruments drop out only to rise again with unmatched fury. Truly this album rarely lets itself rest, but whenever it does it is deliberately orchestrated to provide the subsequent crescendo all the more power.
Kick drums flirt with rhythm in patterns rarely heard outside heavy metal, and indeed this draws the listener into making comparisons to the genre as a whole. 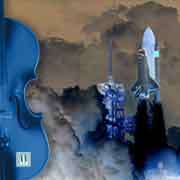 This may not be an album that utilises distorted guitars and blistering solos much, but there resides an undeniable power within it, a certain heaviness at its core that makes the listener draw such parallels.
‘Infernal Machine’ bridges this most obviously with its chugging guitar powerchords and grumbling bass tone. Yet while the instrumentation in this track is the exception, the fact that the song so seamlessly continues in its previous symphonic vein as the guitars drop out speaks of its connection and power.
Very few other albums of royalty free music for video productions offer the level of intensity and sheer impact that Speed manages so effortlessly.
What we have created in this album is concentrated energy and raw power, and whatever your video project may be it will be granted the same qualities when Speed is used alongside it.
This may not be for the faint of heart, but perhaps that is just what your video production needs.