Reaching for the Top – Music for Sports Videos 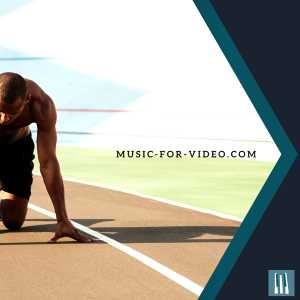 Sports arguably reflect the human condition in its purest form.
They are a potent mix of physical and mental mastery, a triumph of skill, talent and dedication.

They are about the peak of human performance, of pushing beyond the boundaries to achieve levels of excellence previously unknown to mankind.

There is something pure to its single-minded drive, a single-mindedness borne despite the sheer effort and dedication required to reach such peaks.

The primitive use of the bodies nature gave us to replicate acts of survival such as running or jumping, combined with the higher modes of thought one must adopt to keep pushing beyond their comfort zone makes for a synergistic yet contradictory pairing.

The music track in this video is "Hunting tactics" from our Album Chase/Run.


This aspect of human civilisation has spanned all continents and has endured throughout history, and some may even argue such displays of achievement and mastery in sports are inherent to humans on a deeper, more primitive level. 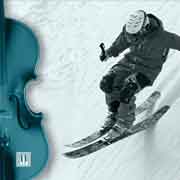 It is therefore fitting that the music used to accompany these high-level sporting activities be equally as powerful and inspiring as the physical acts in question.

This sentiment was clearly at the forefront upon listening to ‘Chase/Run’ by MFVGroup, a 64 track (eight original tracks, with extended mixes, alternative versions and commercial cuts ) album that has proven itself ideal for soundtracking the dramatic tension of sports.
Music for sports needs to be propulsive, it needs to have movement, dynamism and power.
Much like the  Epic soundtrack for wresting and boxing videos, royalty free music for sports needs an element of danger to it, which ‘Chase/Run’ achieves in abundance. 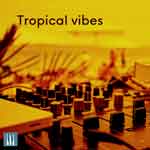 Tropical House dominates the summer charts and parties. Featuring sounds such as pan flutes, sea waves and ambience, electronic marimba, synth chords and percussion, it has a distinctive sound that makes it perfects music for vacation videos, travel documentaries and summer events.

The music track in this video is "Prey Animals" from our Album Chase/Run.

The immediate sign of this is in the well-considered tempos of the album tracks. They are generally faster paced and at times can run in excess of 160bpm – a speed more commonly seen in the frantic breakbeat patterns of drum and bass. Even the initially slower tracks can find their tempos doubled in parts for an aggressive progression that rips the listener out of complacency. Even the more mid-tempo tracks use their confident propulsion to their advantage, unstoppably moving forward with an almost predatory prowl to them.

The music track in this video is "Mission is possible" from our Album Chase/Run.


The instrumentation is primarily classical in nature, with strings and brass offering most of the melodies and full-voiced drums providing the low end power and rhythmic layering. This is accompanied by more modern electronic effects in parts that are mostly used to emphasise certain sections or add layers of atmospheric sound. Electric guitars make walk-on appearances and hi-hats skitter beneath with sweeping filters ratcheting up the tension.

The music track in this video is "Mission is possible" from our Album Chase/Run.


But perhaps what is more important than dissecting the individual components that make up this album is the fact that it actually works so well for its intended purpose. ‘Chase/Run’ marks an accomplished achievement in the catalogue of royalty free music for sports videos, providing rarely matched levels of tension to reach the lofty dramatic heights that displays of sporting prowess deserve.