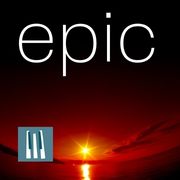 Action features and the cinematic experience have always gone hand in hand. The huge screen, the darkness, the surround sound - all combine to create an experience like no other in intensity and impact.

This is perhaps the reason why action films have remained such an integral part of the cinema industry, where the environment and technology can be used to its full potential by bringing the experience to life.


Of course the modern cinema is not just useful in enhancing the impact of on-screen explosions and the sound of the occasional well-placed punch, but can also be a way to explore the full richness of a film’s accompanying soundtrack.

These soundtracks, with all their energy and bombastic power, are critical to the enjoyment of the films.
It is for this reason that we at Music For Video have created several full albums of Royalty Free Epic music for such features.

Our Epic music albums packed with tension, strength and danger, united in their purpose to create the finest royalty free epic music available.
As there is a broadly shared objective in the creation and execution of the albums the end result is a similar feel across all releases.
The Epic music series knows its strengths and it plays to them very well. Ultimately, which one comes out on top depends on your personal preference.

The pace of each track is generally very up-tempo, with even the more moderate-speed songs being packed with quarter notes that pass by in flurries.
The periodic breaks in this give the songs the occasional half-time feel that quickly crash back in to the blizzard of notes and percussion that characterises these albums.

The instrumentation used in the Epic Royalty free music series is perhaps what most imbues them with that quintessential ‘epic’ sound.

The melodic, and much of the rhythmic focus, comes from the strings, with their various components working together to create a sound that is thick and powerful yet eminently clear. At times hammering the same notes in tandem, at others weaving in and out of each other’s ear-space for harmonic elaboration, the strings, along with powerful brass section, are the star of the show here.

Proving that rhythm is every bit as important as melody, the percussion throughout the Epic albums series is integral to the sound and impact of all of them.
There is rarely a moment when their persistent battery does not drive the album forward, whether it be at the forefront of the track or hiding in a brief moment of quiet preparation. 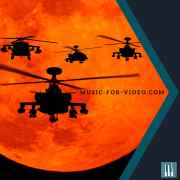 This focus on classical and acoustic instruments allows our music catalog to accompany a broad range of features, from cinematic superhero stories and fantasy epics to historical dramatisations and modern action blockbusters.
Certainly, these albums are nothing if not diverse in their applications.
With such quality and versatility it is no surprise that the our Epic music albums series has earned its name as some of the finest royalty free epic music available.

Our unique Royalty Free License allows you, the licensee, to use all of the music, including future releases with a One-time payment