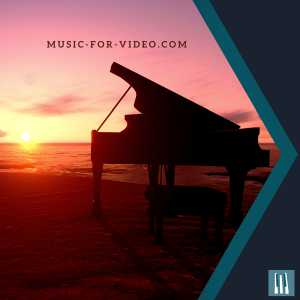 The use of the piano for cinematic purposes has long been recognised for its effectiveness. Its emotional expressiveness and dynamic ability allows it to not just be used, but also to excel in a broad range of cinematic contexts.

Playing to the strength and versatility of the instrument, we have created Dreamlike Piano and Cinematic Piano, two albums that provide the perfect royalty free cinematic piano music accompaniment to your video project.

Comprised of a dozen tracks each, the two albums offer a rich selection from which you can pick the ideal song for the ideal moment. Dreamlike Piano is first up, finely living up to its name with a variety of ethereal songs that are as thick with atmosphere as they are beautiful.

These pieces are performed on piano alone, having variety but remaining unified in a number of ways. Each note glows with a rich reverberation, and passages flow with a melancholic despondency that seamlessly turns to bright hope in a matter of bars.


The pieces are rich in dynamics and melody, performed beautifully by skilful hands that perfectly capture the feel each piece is trying to convey. Certain songs even have an alluring ambivalence, such as the mysterious Illusive Haven that is tinged with a warm nostalgia that sits beneath the cold uncertainty. There are also various different approaches taken in each track, some very markedly so such as with the almost medieval-sounding phrasing in Involuntary Vision or the warping effect the high notes of Water Flow have.
Alongside Dreamlike Piano we have its sister album, Cinematic Piano. Another fine royalty free cinematic piano music album, here we see the piano joined by a number of other instruments and effects to broaden the tonal palette on offer. Strings weave wistfully in and out of the piano lines, and ominously rich deep bass tones sit beneath it all, foreshadowing in a subtle yet effective way.
If Dreamlike Piano focuses on the performance of full songs to create a mood, then Cinematic Piano focuses on creating a mood and shaping the piece around it specifically. The result of this is that the pieces on Cinematic Piano often feel less like songs and more like atmospheric sensations that have been translated into music for video. This is not to say that Cinematic Piano is in any way difficult for the casual listener, with each song being recognisable and distinct, but rather that it is more symbiotic with a visual accompaniment than some of the more sprightly moments on Dreamlike Piano. 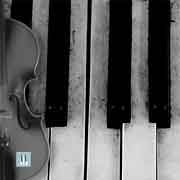 Whilst being created with cinematic use in mind, these two albums can actually be used in a wide variety of contexts.

They may be designed with cinematic intent, but there is no reason they cannot be the perfect soundtrack to a documentary, historical drama, or any other visual piece.

Each album has its strengths and each is an achievement in royalty free cinematic piano music. Certainly, aspiring video producers will be sure to find plenty to enjoy in both Dreamlike Piano and Cinematic Piano.