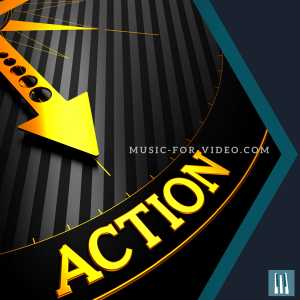 The right Royalty Free Music in the right place can benefit any scene. Films throughout the decades have brought us countess memories thanks to their striking musical accompaniments at critical moments.

Perhaps nowhere can we see this better at work than in modern action films and their ever-included build up music.

Action films by their very nature are extreme. The visually rich settings, the stylised movements, special effects and violence are all notable in their excess, and it follows that the soundtrack to such content should likewise aspire to greater dramatic heights.

Music-for-video understand this and with the album ‘Action Build-Up’ they now offer video producers an ideal and royalty-free solution to meet their needs.

The first track in this video is "Desert command" from our album: Action build-up.

While action films generally reject the subtle in favour of extremity there are of course quieter moments, necessary lulls that allow the plot to develop and the more fiery scenes to have a significant impact.

These low-key moments ultimately lead to the epic climaxes that define the genre, but it is the tension building interim scenes between the two that need masterful execution to ensure the payoff has the power it deserves. It is at these moments especially that the right track must be picked, whether that be one that suggests resolve, revenge, fear or fury.

The track in this video is "Last hour" from our album: Action build-up.


Such music may simmer or threaten or even be chillingly minimal, but one thing build-up music in an action film always needs is tension. This can be reached in many ways, with the methods and styles utilised to achieve this being highly diverse as ‘Action Build-Up’ perfectly demonstrates.
Everything from orchestral strings and warped US-dubstep bass tones to filter-sweeped percussion and drum n’ bass rhythms can be heard to achieve this.

The visual extremity and ambition of action films provides a fertile ground for the soundtrack to match it in intensity, and indeed when properly executed this can have powerful results. Bass heavy drums sit under thickly layered productions as guitars pump out powerchords, giving the tracks the momentum of a stampede.

The track in this video is "City invasion" followed at 1:16 by "Mighty soldiers" from our album: Action build-up.


Action feature films require high production values and their soundtracks and sound effects are no exception, indeed such is the level of quality seen that audiences now expect it as standard. Music-for-video.com have a solid grasp on the formula for success in action build-up music, and with their royalty free music offer directors and video producers the perfect solution to their musical needs.