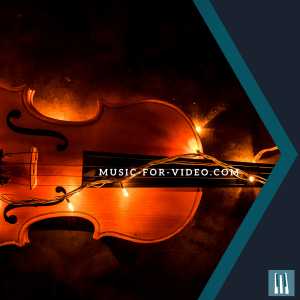 In production music there are many styles that can be utilised. Gentle ambience can be found alongside beat-heavy electronica, and each has its right place.

Consistency can be a powerful tool to a soundtrack, however, and such disparate sounds may perhaps fit the moment but do little to unify the production thematically.

Utilising a similar tonal palette throughout a production can be very powerful in giving your video an atmosphere, a distinct identity, or even more artistic credibility.

Many soundtracks that utilise similar instrumentation, however, inevitably fall victim to the limitations of the instruments themselves.
Just how much peaceful ambience can an industrial sounding electronic setup create, and how much aggression are panpipes capable of expressing?

It is here that we find one of the key strengths of classical and orchestral music – its ability to be all things when needed.

The track in this video is "Evocative strings" from our album: Ostinato strings.


Among all the instruments used in this setup, perhaps the most versatile and expressive is the string section. The moods and feel that can be created by strings is broad indeed, with serene swells in one track matched just as well by an aggressively grand crescendo in another. - DIfferent from the crescendo you can find on Action build-up music album. Our team are well aware of this and have released ‘Ostinato Strings’ as a royalty free purchase for those looking to benefit their video productions with the elegant and dynamic addition of a stringed instrument soundtrack.

The track in this video is "Great escape" from our album: Ostinato strings.

To include them in your video will therefore impart these qualities onto your production for a great part of the audience, which could be especially useful for soundtracking advertisements for various professional, formal or academic services.  Indeed the very tone of the instruments commands respect and venerability, and this is a quality of the music that should not be overlooked.

But the weight of formality associated with the string section should not let you dismiss how powerful its use in other contexts can be. Because of its aforementioned versatility it can be used in a wide variety of mediums, whether that be an advertisement for a new bathroom, a documentary on 18th century history, or even action based feature films and video games.
It is testament to the understanding Music-for-video.com has about the utility of music in video production that they were able to create a royalty free music album of this quality and versatility. ‘Ostinato Strings’ represents what good production music should strive to be – professional, accessible, and inspirational.